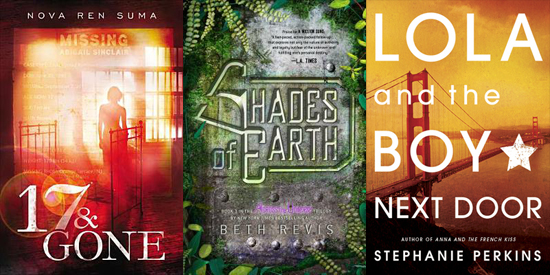 I feel like I have tons to tell you, but I'm supposed to be WORKING, so I'll keep this to the pressing business and come back for the rest (i.e., the fun stuff) later . . .

Nova Ren Suma, Beth Revis, and I will be chatting and signing books and such at Malaprop's in Asheville, NC this coming Monday, June 24th, at 7:00 p.m.

I'm preeeeeeetty sure they'll have early copies of Lola and the Boy Next Door in paperback, which doesn't officially release until next month. And they'll definitely have Anna's new paperback. This will probably be my last local event this year, so I hope you'll stop by and say hello!

I mention this because I know there are a LOT of readers out there who will pick up a book simply because they know that Julie edited it. (Always a smart move, by the way.) So . . . if you aren't familiar with Nova's work, check her out!

Can’t make it? Call Malaprop’s to order signed copies of any of our books. Their number is (828) 254-6734, and they are super duper duper friendly. 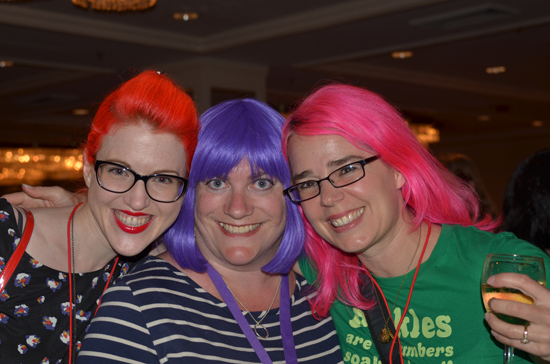 It's that time of year again!

This will be my fourth (out of four!) LeakyCon and my billionth Harry Potter conference in general. Yep. You could say I'm a fan. ;-)

If you'd like to join me (red), my superagent Kate Schafer Testerman (purple), and superauthor Laini Taylor (pink), all three of us will be back this year, along with—of course—TONS of other amazing authors and guests. Look for us on the Lit Track panels in Portland, OR from June 27–30.

I'm sorry this post is so businessy. Back soon!
Posted by Stephanie Perkins @ 11:27 PM 10 comments: