If you follow me on Twitter or Tumblr, you've already seen the link to EW's (!!!) cover reveal. But for the rest of you:

OHMYSTARS I HAVE BEAUTIFUL NEW COVERS.

My wonderful publicist Elizabeth made the cover reveal happen, and I am still picking my jaw up off the floor. Thank you, Elizabeth! Hurrah!

BUT BACK TO THE COVERS, RIGHT?

I love them, you guys.

They're my absolute dream covers—simple, colorful, elegant, fun, romantic. Setting-based. Strong type. I couldn't be happier or more proud. An ENORMOUS thank you to Julie, Eileen, and everyone else at PenguinTeen who has been working so hard to make these look so good. My books are lucky to be in their hands.

And . . . I'm thrilled that your online response has been so positive! I knew you would approve. It's because of you, my dearest readers, that these books are getting a second life. :-)

If you'd like to see the new covers bigger, you'll find them here. (Scroll down.) And now! Answers to your FAQ:

Why the new covers?
Well, there are many reasons. But I assume you can tell by looking at them that we're hoping to broaden the readership. I'm happy these will have a wider appeal.

When will they be out?
Anna and Lola's new covers (paperback and ebook) will be released July 16th. Isla and the Happily Ever After will be published (hardcover and ebook) sometime this fall. The date on Amazon/B&N is listed as September 17th. I have no idea if that's correct. Publishing is weird like that. I'll let you know when I have a firm date.

Will I be able to purchase hardcovers of Anna and Lola with the new look?
I'm not sure. I assume this decision will be made in the future, based on sales. But I could be wrong. Again, I'll let you know.

Will there be a box set?
Man, I hope so! Wouldn't that be cool?! But I don't know. This is another decision that my publisher will make in the future.

Will there be a paperback version of Lola with the old cover?
No. Lola will be released as a paperback with the new cover on July 16th.

Will the paperback of Lola contain an excerpt of Isla?
I'm not sure. Maybe? I'm really not sure. Sorry.

Will there be an opportunity to purchase an Isla that matches the old covers?
No. For readers who are sad that their hardcover set will not match, I'm sincerely sorry. As an avid reader and perfectionist, I understand your frustration. I like matching sets, too. But—as the author—please allow me to be clear that I am one hundred percent behind this new look.

But wasn't there a photo shoot for Isla ages ago?
Yes. But I never saw any of the pictures, so . . . I doubt you will either.

Are you done writing Isla?
No. But it's going well! Except, of course, the days like THESE: 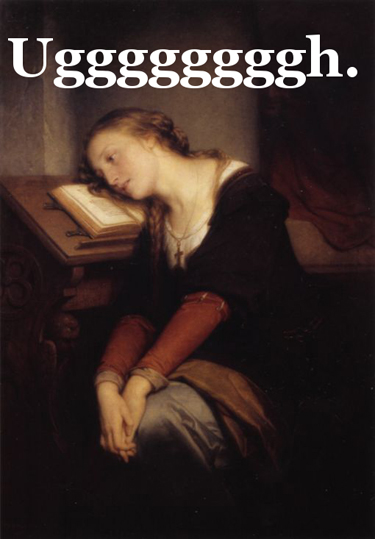 (From this great Tumblr.)

From the glittering streets of Manhattan to the moonlit rooftops of Paris, falling in love is easy for hopeless dreamer Isla and introspective artist Josh. But as they begin their senior year in France, Isla and Josh are quickly forced to confront the heartbreaking reality that happily-ever-afters aren’t always forever.

Their romantic journey is skillfully intertwined with those of beloved couples Anna and Étienne and Lola and Cricket, whose paths are destined to collide in a sweeping finale certain to please fans old and new. 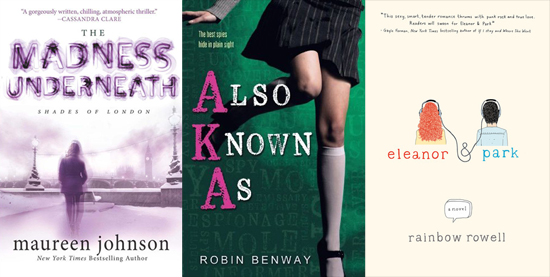 There are *THREE* new releases this week that I want you to know about:

I'm a huge fan of Robin Benway's intelligent, funny contemporary novels, and her latest, Also Known As (AKA), is about a teen safecracker and spy. And seeing the world! And a private school! And a cute boy! If you like Ally Carter or E. Lockhart's The Disreputable History of Frankie-Landau Banks, absolutely check it out.

In debuts, Rainbow Rowell's Eleanor & Park is so phenomenal that I blurbed it:

“Eleanor & Park is a breathless, achingly good read about love and outsiders.”
—Stephanie Perkins, New York Times bestselling author of Anna and the French Kiss and Lola and the Boy Next Door

(Don't tell her publisher that I'm not a New York Times bestseller, okay? Only in Brazil. I LOVE YOU, BRAZIL. YOU ARE MY FAVORITE.)

It's the best contemporary YA debut that I've read in ages. It's crazy romantic, it's punk rock, it's heartbreaking, it's eighties, it's hilarious, it's beautiful. Need more nudging? It's received three starred reviews, it's an Amazon Best Book of the Month, and it's one of the Indie Next List's current top ten picks. Incredible.

Also? Rainbow's Twitter feed is hilarious. And she loves Harry Potter. (I met her at LeakyCon last summer!) And her next book, Fangirl, is illustrated by NOELLE freaking STEVENSON.

I just about died when I learned that. 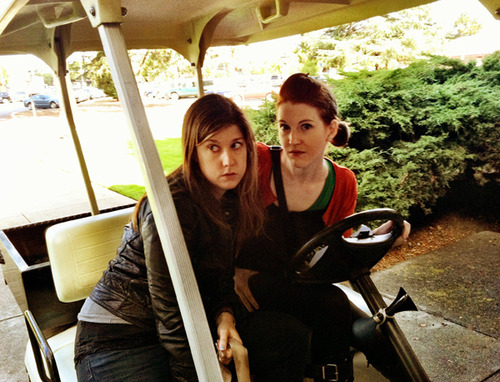 Maureen and I toured together a few autumns ago, and we stole golf carts and wore velvet pirate hats and ate donuts and, basically, you don't want to miss this.

Not that we will be doing those EXACT things this weekend.

Email ThisBlogThis!Share to TwitterShare to FacebookShare to Pinterest
Labels: Anna and the French Kiss, Isla and the Happily Ever After, Lola and the Boy Next Door, Maureen Johnson, New Covers, Tour
Newer Posts Older Posts Home
Subscribe to: Posts (Atom)