Giveaway! For reals! Enter! If you want! 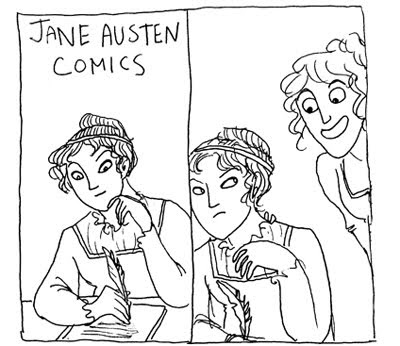 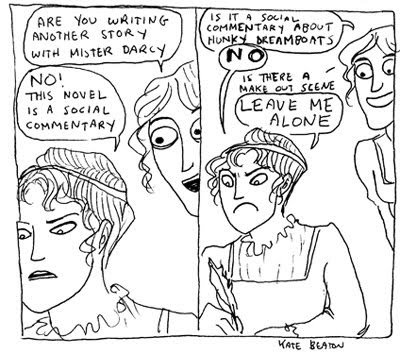 From Kate Beaton's Hark! A Vagrant. Which you should read.

Twenty-six hours, four flights, and two missing suitcases later . . . I'm home. The airline assures me the luggage will arrive in a few days. But whatever. Did I mention I'm home? Which means I AM NOT IN PARIS?

My last week was as heavenly as the rest. I have a few more pictures and fun stories to share, but as the cord that connects my camera to my computer is in my luggage, they'll have to wait. (And hopefully my laptop will be fixed this week. I'm using a desktop Mac right now, which is noisy and sits next to Mr. T's litterbox but, on the plus side, turns on. Which is more than my laptop can say.) 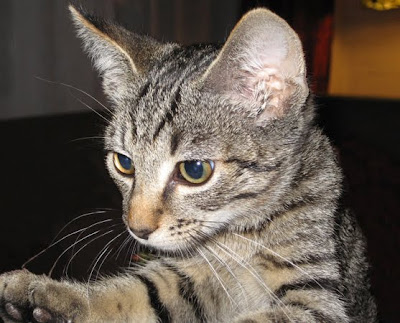 Mr. Tumnus. Because I missed him. 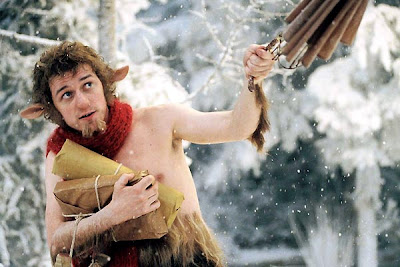 I swear I did not name my cat after James McAvoy.

So I'll wrap up Paris later. Besides, I have something BETTER to talk about — A GIVEAWAY!

As most of you know, Anna and the French Kiss is a love story. It's also about Other Things, of course, but . . . mainly it's about a hunky dreamboat and making out. So as Valentine's Day approaches, I'm honoring love stories — and Anna! — by giving away:

♥ A contemporary YA romance — like Anna! — Brad Barkley and Heather Hepler's Scrambled Eggs at Midnight 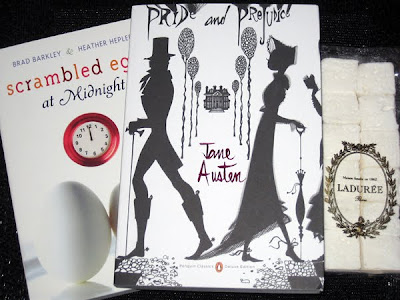 I selected Pride and Prejudice, because it's my favorite love story and, even if you already have it, it's my firm belief that you can never own too many copies. I mean, IT'S MR. DARCY. And how fantastic is the cover of this new edition?

I selected Scrambled Eggs at Midnight, because I wanted a YA novel you might not be familiar with. Here is Booklist's description:

"My mother is a wench. It says so right on her W-2." Fifteen-year-old Calliope (Cal) is tired of sleeping in tents and following her free-spirited mother, who works at Renaissance fairs, selling handmade jewelry and serving drinks. She yearns for four walls, her father back in Texas, and a deeper sense of place, connection, and love. While spending the summer in Asheville, North Carolina, Cal meets Elliot, whose father runs a Christian camp for overweight kids. Like David Levithan and Rachel Cohn's Nick and Norah's Infinite Playlist, this coauthored love story unfolds in alternating chapters narrated in Cal and Elliot's hilarious, heart-tugging voices.

I adore this novel! It's strange I've never mentioned it here before — or their second novel, Dream Factory, which I also love — because it's romantic and clever and just-so-happens to take place in my town. AND it's published by Dutton, who is publishing Anna and the French Kiss.

YAY DUTTON! I LOVE YOU!

Finally, I wanted to bring you macarons from Paris, but since they grow stale within a day, here's the next best thing – marshmallows in my favorite Ladurée macaron flavor, fleur d'oranger. Decadent!

(1) Leave a comment in this post about your favorite romantic scene(s) from a novel or a film.

This puts your name into the drawing once. If you'd like additional chances to win . . .

(2) Link to this post from your blog! Let me know in the comments if you do this.

This puts your name in the drawing TWO more times.

This also puts your name in the drawing TWO more times.


So if you do all three steps, your name will be in the drawing five times! You have the rest of this week to enter (through the end of Sunday), and I'll announce the winner on Monday, February 8th. This way, the package can arrive before Valentine's Day.

[EDITED TO ADD: Yes! This contest is open internationally!]

To get you in the spirit, here are a few of MY favorite romantic scenes. I'm sticking with movies, because I'm feeling kinda lazy.

Will Ferrell singing "Whole Wide World" to Maggie Gyllenhaal in Stranger Than Fiction:


Mr. Thornton and Margaret at the train station in North and South (spoiler alert/end of film):

I also love the heartache in the "Look back at me" scene. If you like Austen-type films and you HAVEN'T seen the BBC's adaptation of Elizabeth Gaskell's North and South, HOLYCUPCAKES GO RENT IT NOW NOW NOW!

The triple kissing in Amélie (spoiler alert/end of film):


Christian singing "Your Song" to Satine in Moulin Rouge!:


I also love the finale. Oh, it kills me.

And, of course, the rain scene in 2005's Pride and Prejudice:


Also swoon-inducing is The Hero Walk, of which I couldn't find a video! It's a good thing I HAVZ PICTURE: 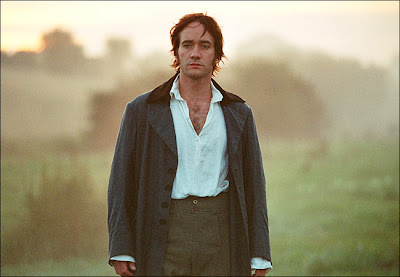 The Hero Walk, complete with fog and billowy coat.

Is that enough? Not for me, but it probably is for you!

And now I'm eager to hear about YOUR favorite romantic scenes.