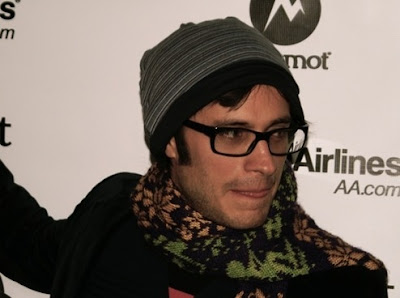 It's growing chilly here in the mountains, so My Celebrity Boyfriends are putting on their scarves. The bundled up cutie above is Gael García Bernal. If you aren't familiar with his work (Y Tu Mamá También, The Science of Sleep, The Motorcycle Diaries, etc.), you should fix that. IMMEDIATELY. Not only is he yum, but he's also one of the most talented actors in the world. His work is perfection!

Here's another picture of Gael wearing a scarf, because it's my blog, so I can do that: 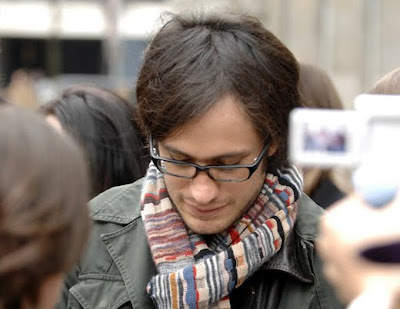 Even here in small town North Carolina, Gael is BOMBARDED by autograph seekers.

Today I'm answering a question that ties-in quite nicely with something weighing on my mind. First, the question.

Do you feel like it is a completely different novel now that the editor has his/her hands on it?

It's a BETTER novel, and it will continue to strengthen throughout the editing process (last month was about the bigger changes — cutting/adding/changing scenes, but we have yet to work on the language/sentence level), but Anna and the Boy Masterpiece is still Anna and the Boy Masterpiece. The characters are the same, the plot is the same, the heart of the story is the same. My editor is brilliant at focusing me on my goal — what I'm actually trying to say and do — and then helping me find the best, most realistic, and most effective way to get there.

In other words, we're trying to make Anna MORE like Anna, as opposed to something new and different.

If that makes sense. 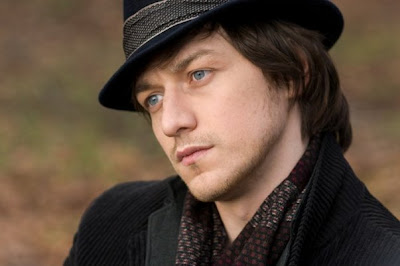 Wee James McAvoy at the park yesterday. I snapped this while he was looking at the ducks. He mumbled something about knitting them a sweater, but it was probably the cold medicine talking. (He has a sniffly nose.)

I've loved this whole process — sleepless nights, panicked meltdowns, and all — because I have a PURPOSE again. When I tear apart my work and puzzle it back together, it's the most satisfying feeling I get as a writer, because I know the end product will be better.

Our work can always be better, right? And don't we want to put our best work forward?

This is the issue weighing on my mind. Self-editing. Please allow me to first state that I don't consider myself an expert on this subject. It's something I spend considerable time thinking about, but I have a lot to learn. There's ALWAYS a lot to learn.

Last weekend, I read a relatively new YA paranormal. (Sorry, I won't share the title.) And the same thing happened that's been happening over and over, again and again. This novel could have been great. Cool, interesting, and unique things were abound! But at least a third of the book had nothing to do with the plot.

It's the equivalent of people who Twitter their potato chip consumption and their bedtimes. It's information that's not contributing anything important to the discussion.

This particular novel also described every time the main character stepped into a car. Just get her into the car and take her somewhere! I don't need to know how she sat down! Better yet, skip to the scene where she actually IS in the place Where Stuff Happens. Who needs the car at all? 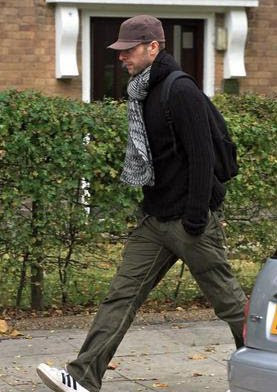 Chris Martin polished off our Halloween candy this afternoon, so we sent him back to the corner store for more. He's currently working his way through the new bag of Kit-Kats.

And then . . . several hundred pages later . . . the book just ended. Mid-plot. No resolve whatsoever. And now I'm supposed to wait for two sequels, when really, if the pointless bits were cut, ALL THREE BOOKS could have been combined into one Super-Awesome Book!

Now, don't get me wrong.

I don't mind when a book leaves a few issues unresolved (sequel or standalone). It's when NO issues are resolved, that I get frustrated. There’s no satisfaction for me, as a reader, if I don’t get some worry eased. Consider The Lord of the Rings. The first two novels have sudden endings, but they both still have a climax and full story arc. It’s that full arc that's so often neglected in favor of now-you'll-have-to-buy-the-sequel-next-year!

I don't appreciate that.

I want to WANT to buy the sequel, not to feel like I HAVE to buy it. You know? So, for my sake, please consider your work in progress. Ask yourself:

• Does every scene, every paragraph, have a purpose? Do you see any repeating patterns in your story (i.e. going to bed, waking up, eating breakfast)? Don't be afraid to cut! That's how you make a page-turner.

• Do you need to show your character getting from A to B, or can you summarize it in a sentence in the next scene? (Cut, cut, cut!)

• Does your novel — even if it's part of a series — have a beginning, a middle, and an end? Is there a complete story told within those pages? The end doesn't have to be The End, but there should be SOME climactic scene that ends in SOME resolve, that will give your readers a sense of peace as they wait for your next novel. 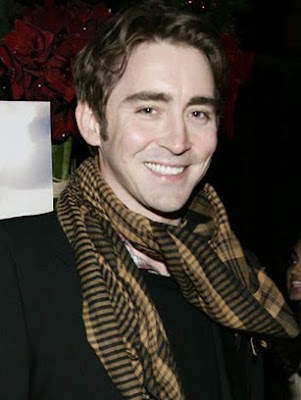 Lee Pace is always smiling! It's wonderful when he visits. Too bad he doesn't realize that Wee James has just hidden all of his underwear. (I'm not sure if it was a practical joke, or if it was the cold medicine talking again.)

Anyway, as an outsider, it's impossible for me to tell whether this particular novel's faults (my opinion) were a result of poor editing on the author's end or on the editor's. Most likely, both. And I want to bring this to the attention of any aspiring novelists reading this blog, because it's important to understand that not every book published receives an in-depth editorial process.

I'm lucky. I have one! My editor, the fabulous Julie Strauss-Gabel, is AMAZING. She puts an incredible amount of time, energy, and love into each book she works with.

But not everyone will get a Julie.

The sad truth is that Julies are rare and, even if you're fortunate enough to have one, most of your novel's editing? Yeah. It's still up to you. (Also, might I point out that you're far more likely to get a Julie — or any editor! — if you take your time self-editing before you submit to a publishing house. I'm just saying.) 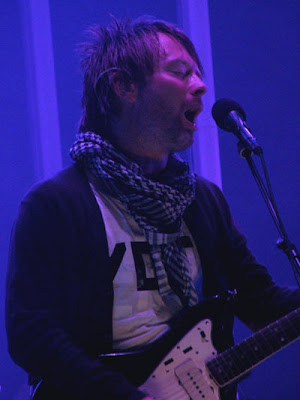 Thom Yorke was soooo mad when I took this! He didn't realize I was watching him mess around in my husband's studio. Plus, he doesn't appreciate evidence that shows he visits my house. (Chris had to pop out of town last weekend, so Thom quickly popped in. And I'm not allowed to share any more details, because if I do, Thom won't answer my phone calls for the next month. And I like talking to my grumpy boyfriend. SO I AM NOT TELLING YOU ANYTHING MORE ABOUT OUR WEEKEND TOGETHER.)

I could go on about this subject all week, but I have more questions to answer. I'll wrap this up by listing a handful of my favorite self-editing tips:

• Cut the adverbs. You don't need as many as you think you do.

• Lose the "was -ing" phrases. Ex: "Was running" is weaker than "ran." If you can say something in fewer words, DO IT. Try performing a "Find" search in your document for the word "was" to locate them. Trust me, you can eliminate most of them! The worst offender is "was going to." For instance, this second sentence is cleaner, no?

Drusilla was going to be easy.
Drusilla would be easy.

• Keep a list of the words you overuse. (My list, among many things, includes: grin, smile, eyes, laugh, hand.) Every time you finish a new draft, do another "Find" search. Eliminate some of these.

• Dialogue tags, "he said/she said." These are meant to be invisible. You don't want your audience to be conscious of reading them, because it takes them out of the action. This means:

— No fancy tags. "He said" and "he asked" is all you need, 97% of the time. Please refrain from peppering your dialogue with, "he exclaimed" or "he shouted" (the shouting should be apparent from either the content or an exclamation point).

"I'm on fire!" Inspector Gadget said. He waved his burning hands as if he'd performed a magic trick, not arson.

And turn them into this:

"I'm on fire!" Inspector Gadget waved his burning hands as if he'd performed a magic trick, not arson.

• Don't have your characters "start coughing." They cough. Don't have them "start playing footsie." They play footsie.

• Be conscious of every time you use parentheses, an ellipsis ( . . .), a dash, ALL CAPS, italics, and exclamation points. I'm not one of those people who believes you should never use these things (obviously), but I do believe you should be careful with how often you use them. Scoot your chair back and look at each page. Not the writing itself, but the page. Those dashes and ALL CAPS and such will jump out at you. Eliminate some and vary the rest.

• In a similar vein, be careful of your paragraphs. Examine how many long ones you have versus how many short. Try to mix it up a bit. Think about the purpose of each paragraph. If there's action happening, shorter paragraphs can be helpful. Reflective passages often call for longer paragraphs.

• "Suddenly" is a dangerous word, usually unnecessary. I keep it on my Overused Words list and perform frequent searches for it.

• Whenever you use a simple verb like "walk," drag out your thesaurus to see if there's a more appropriate word. Notice the difference between:

• Nouns are similar. "Gouda" is more specific than "cheese." "Dahlias" is more evocative than "flowers."

• Sentences like this don't make sense: "Pushing the cauliflower aside, President Taft lunged for the orange chiffon cake."

He's pushing and lunging at the same time? Try this:

"President Taft pushed the cauliflower aside and lunged for the orange chiffon cake."

• Many writers/readers/editors/agents are calling for a halt in Edward/Bellas. But for me? No more Jacob Blacks. There are so many interesting ways to create a love triangle, and I'm frustrated by running into the Jacob character again and again and AGAIN. You know, the nice boy who pops up and is like, "I love you, but I'm okay that we're just friends, please please please just hang out with me." And the main character is like, "Whatever, I guess. You're nice." And you can totally hear him thinking "YESSSSS!!! I will wear you down. You will like me." And then he just becomes The Thing In The Way.

I'm tired of this character. Someone new, please!

(And I'm not knocking on Original Jacob here, who did his thing just fine in Twilight. I'm tired of the copycat Jacobs, who I find both boring and irritating.)

• Speaking of characters, do you have too many? One of my favorite tricks is to combine two characters to create one stronger character. It's important to have characters your readers will care about, and the depth that comes from combining characters/roles can help this.


Enough already. How about another scarf?

I'm blaming Jim Sturgess. He's the only Celebrity Boyfriend who didn't wear one last week. I asked him why, and he claims he doesn't need one, because he already has: 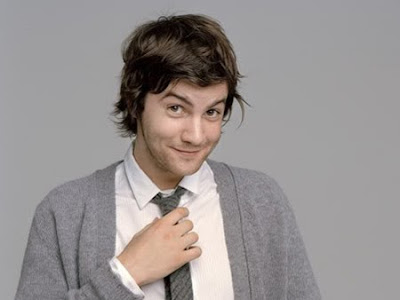 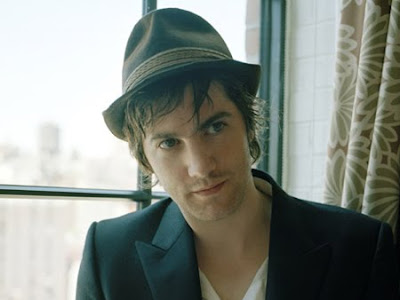 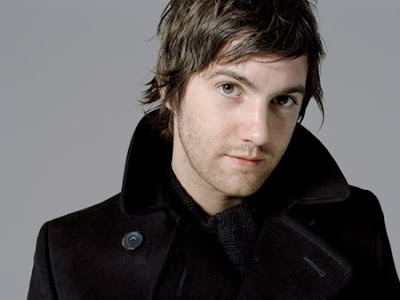 And the world's sexiest coat.

Happy self-editing, everyone! I wish you the most sincere good luck.