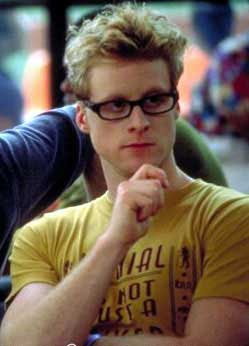 Sampling of actual thoughts and words spoken aloud by me, since we last talked:


TUESDAY 22nd, 3:20 am — [staring at novel] I'd be sooooooo embarrassed if the world knew how many times I've listened to "Bootylicious" tonight.

WEDNESDAY 23rd, midnight — [staring at novel] I should be a zombie prom queen for Halloween. I need a tiara. And one of those sashes.

FRIDAY 25th, 4:30 am — [staring at novel, listening to Trainspotting soundtrack again] I want to watch Trainspotting.

FRIDAY 25th, 2:50 pm — [waking up from nightmare in which editor sends me forty-five page long letter telling me how horrible my revisions are and that I ruined everything] *sob sob sob*

SATURDAY 26th, 1:40 pm — [eating applesauce] "I SMELL! THIS HOUSE SMELLS! ArrrGHHhRHghghghghg!!!" [runs out of house with bowl of applesauce] [eats applesauce on front porch] [takes off running down the street] [slows to walk] [comes home] [brings empty bowl back inside] [goes back to work]


But . . . I've also had tons of fun ideas for posts in October. Please hang in with me just a little longer while I finish these revisions. Thank you, everyone, for being so understanding.

Thinking of you lots.

I really like your hair today. Did you do something different?
Posted by Stephanie Perkins @ 1:14 PM 15 comments:

Email ThisBlogThis!Share to TwitterShare to FacebookShare to Pinterest
Labels: Writing Is Hard 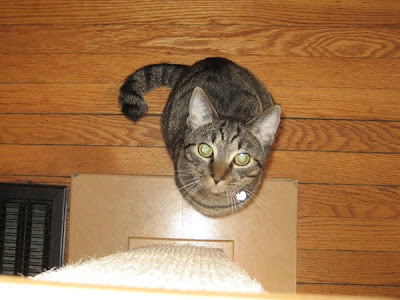 What I've been doing:

— Crawling in bed after my husband has already left for work.


What I've not been doing:

— Answering the rest of the questions you asked.


On the plus side, I TOTALLY left the house this weekend! For reals!

I AM A PARTY MONSTER. 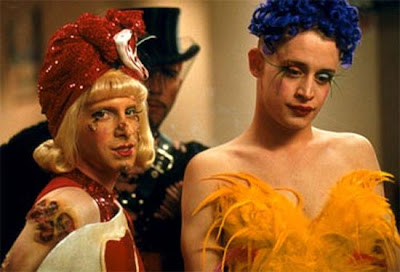 Please tell me about the awesome things you are doing, since I am not allowed to have fun for at least two more weeks.

Not that litter boxes are fun.

But . . . are movies still good? Do people still read? How's television these days? And what's the weather like? If we went on a picnic, would I need to bring a sweater?
Posted by Stephanie Perkins @ 8:06 AM 22 comments:

Email ThisBlogThis!Share to TwitterShare to FacebookShare to Pinterest
Labels: Film, Writing Is Hard

Hello. I miss you. You look nice today.

To everyone who has emailed, tweeted, or commented here lately, I apologize for the delay in my replies. I'm always a wee slow when it comes to replying, but now, well, the situation has gotten ridiculous.

So if you've sent me a message lately, I'm sorry. I read and love everything, and I appreciate you taking the time to say "hi." And I will catch up with you all soon!

But, for now, I have a novel to revise.

So I've decided it would be awesome if one day I could just wake up inside of a Wes Anderson film. A meticulously detailed world with vivid colors and deadpan dialogue. Train rides through India, deep sea diving, and slow-motion running to The Kinks. The mood? A little melancholy, a little wistful.

Like, I wake up. And that's how life is. Just for one day. 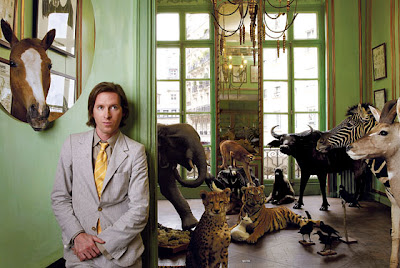 What do you want?

It's not often that I have so much happy news to share within such a relatively short time, but late summer has been fantastic to my friends and me, and I'm thrilled to announce:

NATALIE WHIPPLE HAS AN AGENT!

Many of you already read her blog, but for those who don't, Natalie is a stellar writer (her entries have made me both laugh and cry), her novel has one of the most awesome titles ever (Relax, I'm a Ninja), and she's just an all-around solidly NICE PERSON.

If you've been reading my blog for a while, you know how highly I think of people who are nice. To everyone. And not just because they have to be, but because that's just how they are.

If you haven't congratulated her yet, I encourage you to do so. Getting an agent is one of the most exciting things that ever happens to a writer. It's the first real sense of validation and accomplishment — Someone LIKES me. Someone thinks I can make a career out of this! — and it's a huge cause for celebration. 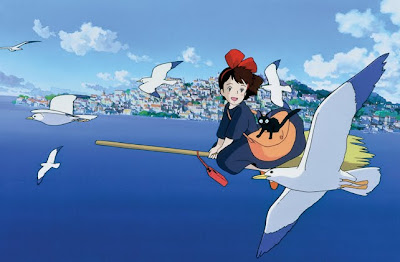 I still have a few questions left, but I'm answering only one today, because Things Are Busy en la casa de Perkins.

Have you ever attended a writer's conference? If so, did it make a difference?


I touched on this topic a bit here, but I shall elaborate now.

I've attended exactly one writer's conference. I'm not the model spokeswoman for them, obviously, but yes. It made a difference. That conference changed my life.

I didn't think I was ready for one — I hadn't finished my manuscript, I wouldn't know anyone there, I didn't know what to expect — but a good friend encouraged me to go. She said I was exactly the type of person who should be attending conferences.

And she was right.

I chose my conference carefully. Since I write for teens, SCBWI (Society of Children's Book Writers & Illustrators) was the natural choice, but there are TONS of great conferences for all types of writers — mystery, romance, science fiction and fantasy, etc. It's important that you chose the right organization first.

After you've found . . . Your People . . . you'll probably have several choices of conferences to attend. You can attend one of the giant national ones (held once or twice a year) or one of the smaller regional ones (each region usually has one big yearly conference plus several small gatherings).

Budget will probably play a role in what you choose to attend.

I was lucky enough to be able to afford a plane ticket, so my next decision was, "Which national conference should I go to?" With SCBWI, I had two choices: the summer conference in Los Angeles or the winter conference in New York City.

I made a slightly peculiar decision and went to a regional conference not in my region. But with good reason! I only had the cash for one trip, which meant it had to accomplish several things at once: I wanted to (casually-but-professionally) introduce myself to my dream agent, I wanted to meet a bunch of cool published writers, and I wanted to travel someplace interesting.

(I should have looked at the list of offered workshops, but frankly, I didn't care. You probably will, so read the schedule of events carefully! Luckily, mine turned out to be great. Phew! And if you have no idea what agents/editors/publishing houses/etc you're interested in, conferences are one of the best places to learn.)

Anyway, my criteria led me to Western Washington. The conference was two days, and it was INCREDIBLE. It's difficult to describe the feeling you get when you suddenly realize you're surrounded by Your People. Where everyone knows who Jon Scieszka is and worships at the altar of Arthur Levine. THIS is what you'll love about attending a conference.

THESE ARE YOUR PEOPLE.

I can be rather shy, but it was easy to make friends — everyone there has something in common, after all — and the workshops were helpful. I was surprised by how easy it was to talk to the published authors and illustrators (how normal they were) and how down-to-Earth the people from the publishing houses were (including, yes, Arthur Levine). I'd always imagined these Big Shot New Yorkers as scary and intimidating, but no one I met fit that description.

Basically, the conference made my dream of getting published seem a lot less scary and a lot more attainable.

It gave me hope.

Of course . . . I also did talk to my dream agent, who later became my real agent. I met super-couple Laini Taylor and Jim Di Bartolo, who are now two of my favorite people on the planet, and I met my west coast doppelganger Mindi Scott. 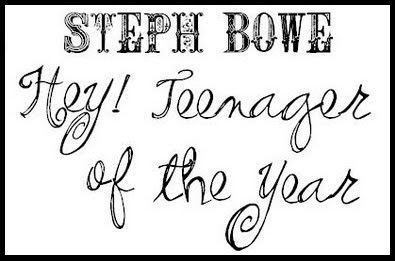 One last thing. Today I was looking through a list of this blog's followers, and I ran across this site: Hey! Teenager of the Year

I think we can all agree that's pretty much the best blog name ever.

(From this Steph to the other, thanks for following me!)


*Conferences are also way fun. Just so you know.
Posted by Stephanie Perkins @ 11:25 AM 18 comments: