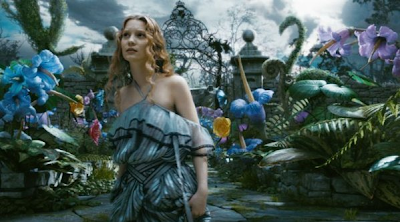 Today's Unrelated Supplement: Movies I want to see and links to their trailers. OF COURSE one is Tim Burton's Alice in Wonderland!

Time to dive back into my (growing) stack of questions.

This one is from Lynn:

How many novels did you write before Anna?

I had a Brilliant Idea during my freshman year of college, and I started writing it my senior year. (The years in between, I wrote stuff for school. I was a creative writing major, so there was no shortage of Official Assignments that needed to be finished first.) Anyway, I worked on my Brilliant Idea for four-ish years — wrote thousands upon thousands of words, and spent goodness knows how much time plotting/dreaming about it — but I never finished a complete draft.

Er, not the best way to write a novel.

And then I hit a roadblock. Something much, much worse than my inability to move forward. My Brilliant Idea — the hook that would get me published! — was published by someone else. (This is what happens when you don't work hard enough. Someone else does. And that someone is the one who gets published.)

I nursed my heartbreak for a while, and then decided I needed a new novel, something very very different. I worked on this new novel — REALLY worked on it — for an entire summer, but then paused that autumn to write a short story. I was frustrated. It'd been years since I'd finished a story. I needed to prove to myself that I could still write something with a beginning, a middle, AND an end . . . even if it was only twelve pages long.

So I did it. I wrote a complete short story, revised it several times, sent it to one publication (yes, just one), and got rejected. Which was okay! Because now I had the knowledge that I could finish something and send it out into the world.

And I wrote Anna — my first full draft of a novel — the very next month.

I don't regret my years with Brilliant Idea. It was great practice, even though the work itself wasn't great. And . . . Brilliant Idea lives on! Brilliant Idea (unrecognizable apart from the setting and four character names) is my current work-in-progress, known here on this blog as Second Novel.

[I have shifty, crafty plans for the short story and the other abandoned novel, too.] 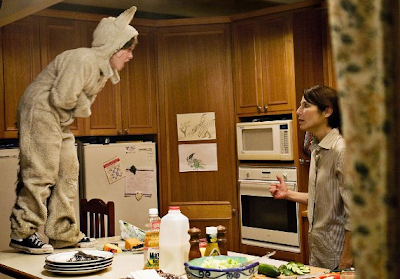 Where the Wild Things Are — More classic children's lit by one of my favorite directors, Spike Jonze. Plus, Catherine Keener. 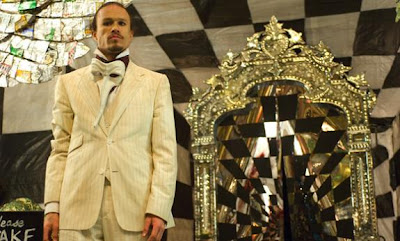 The Imaginarium of Doctor Parnassus — Freaky and beautiful. Plus, Johnny Depp and Heath Ledger. 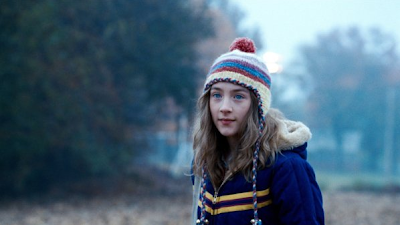 The Lovely Bones — I'll try anything with Peter Jackson's name on it. (But this adaptation does look good! Plus, Rachel Weisz and Stanley Tucci.) 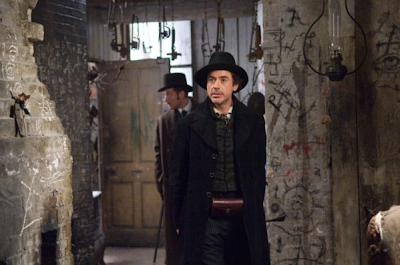 Sherlock Holmes — 'Cause it looks all cool and stuff. Plus, Robert Downey Jr. and Mark Strong. 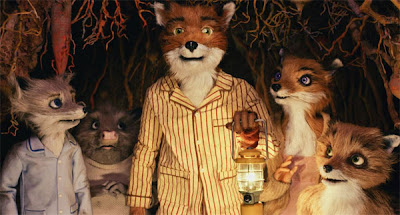 Fantastic Mr. Fox — I love Wes Anderson, and Roald Dahl was my favorite author as a child (and this, my second favorite book). I'm still a little unsure about this, but I'll definitely see it. 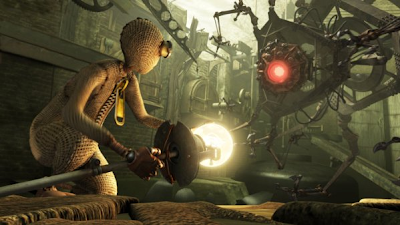 Do you outline first? Did you know where the story was going during NaNo? Or did you just start writing crazy stuff?

I haaaaaaaaaaaaaate to outline! I feel like outlines box me in and keep me from thinking of newer, better ideas. I only go there in case of emergency, like if my story is truly tangled, and I have to determine where I went wrong. (I had to write one for Second Novel a few months ago. Not pretty.) But, having said that, I did have a vague idea of where I was headed when I wrote Anna's first draft during NaNo.

And by "vague idea," I mean I just wanted my characters to make out.

But never with an outline.* 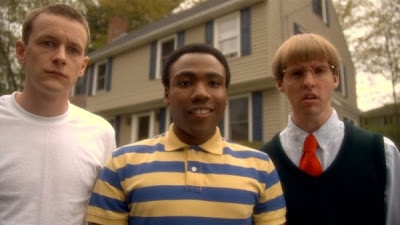 Mystery Team (trailer NSFW) — What would happen if a team of Encyclopedia Browns had to solve an adult case? Hopefully laughter. Maybe suckiness. 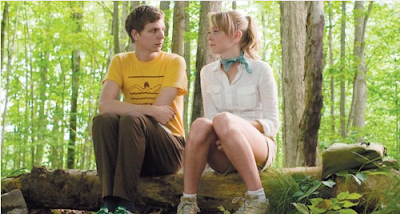 Youth in Revolt — Based on C. D. Payne's awesome YA novel, plus, Michael Cera being Michael Cera. Which I think is still a good thing. 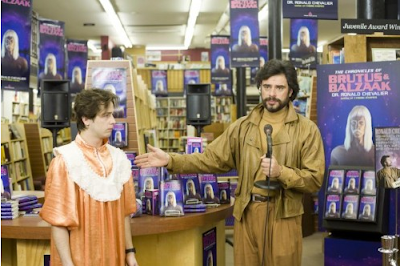 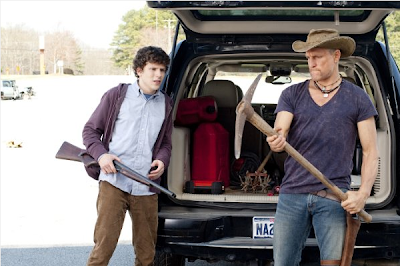 Zombieland — The kind of role Woody Harrelson was born to play. In theory. 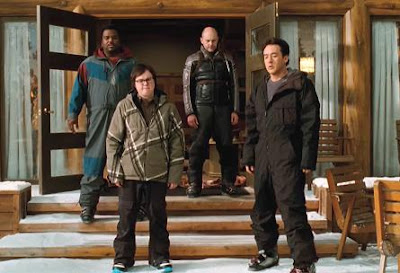 how do you manage to overcome writer's block?


I'm sorry. You're going to hate this answer.

I wish we could find the solutions to our problems in dreams or books or blogs, but so far, actual honest-to-goodness WORK is the only solution I know. Keep going. Keep moving forward. Keep writing.

Ahhh. Okay. How are you stuck? What's the real problem?


Are you trapped in one scene? Bored/confused/frustrated with it?

Try skipping ahead and writing a different scene, something you've been looking forward to. There's no rule that says we have to write our scenes in order! A little distance from your problem is healthy. When you come back to it, your brain will be refreshed, and you'll have a better idea of why that scene wasn't working. And then you can fix it.


Are you having problems with the plot?

Time to brainstorm. Ask yourself questions, LOTS of questions. The brilliant Laini Taylor once told me to ask myself: "What do I want the reader to wonder? What do I want them to hope? To fear? From the beginning, I try to pose questions, secrets, mysteries that will hook the reader in and make them *wonder* — and then along the way I figure out how to give pieces of the answers in the most suspenseful/coolest way I can think of."


Are you having problems with the characters?

Again, time to brainstorm. Ask yourself questions, LOTS of questions. I like to know everything about my characters, things that the reader will never need to know, things that will never even make it into the novel! I ask myself about their families, their friends, their romantic history, their likes/dislikes, their schooling, their career/career aspirations, their health, their habits, their home, etc. The more you know about your characters, then the more real they become to you, then the more real they become to your reader.


Or are you bored/confused/frustrated with the WHOLE THING?

Every writer gets sick of their novel at some point. In fact, I'm sick of my novels waaaay more often than I'm in love with them. But again. Stick with it. Write it anyway, even when it sucks, even when you'd rather be getting cavities filled at the dentist.

Unless you really, really, really can't stand it anymore and you're going mad and you're about to do something drastic like rob a bank or slaughter a goat. Then you have my permission to work on something else for a while. But keep writing. And after a few weeks have passed, go back to your first project. AND FINISH IT.

And, Naturally, the Period Costume Dramas: 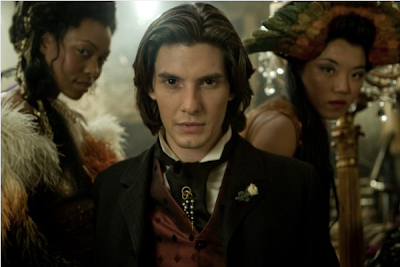 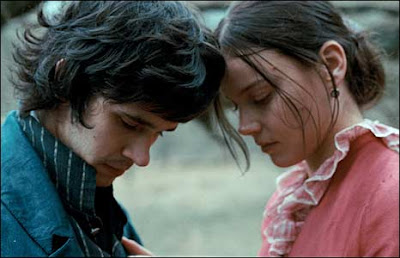 Bright Star — The story of John Keats and Fanny Brawne. There will be kissing.

I hope you're all having a wonderful week. Still more questions — some great ones! — coming soon.

What movies are YOU looking forward to?


*This doesn't mean I think outlines are bad for everyone. Just me. I've heard of (though strangely never met) many authors who outline successfully.
Posted by Stephanie Perkins @ 6:38 PM