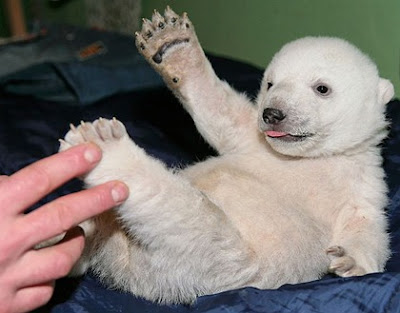 To combat the down-ish nature of this post, I’ve enlisted the help of Adorable Baby Animals.

Perhaps you've noticed a decline of writing talk here. Perhaps you've picked up on my aggravation and frustration towards Second Novel.

Perhaps these incidents are related.

For the last several months, I’ve had some . . . difficult things happening. And as these things have grown, they've merged and festered upon the other difficulties in my life, most notably, Second Novel.

It was inevitable that everything would become intertwined, so completely enmeshed that it'd become impossible to see where one problem ended and the next began. And it was inevitable that Second Novel would receive the brunt of the blame, an unwanted bounty of expectations heaped upon it. It's kind of like a parent seeking to rectify his own life disappointments by forcing his child to attend medical school. 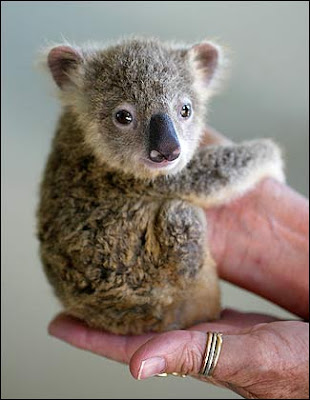 It’s safe to say that I pretty much beat the crap out of Second Novel.

It’s no wonder I felt beaten in return. 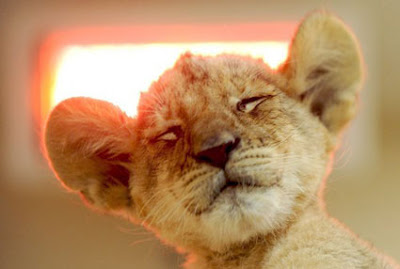 Those EARS! That smile!

But this isn’t (necessarily) a pity post. Because I’m happy to announce that for the last two weeks, things have begun falling back into place for me, and Second Novel is moving forward again.

Slowly, but — most certainly — steadily.

During difficult periods, I tend to set MORE writing goals. This many words per day/this many hours per week/this many chapters per month. And the more goals I set, the more likely I'm setting myself up for failure. Maybe you can relate.

I’m learning that sometimes I need to cut myself a break. Which doesn’t mean giving up or taking a vacation, but it does mean going easy on myself when the writing isn’t moving as quickly or as smoothly as I’d hoped.

In the last couple months, I asked for and received a lot of advice regarding Second Novel. Most of it was logical and positive and good, but a handful of people wondered if the reason why I'm struggling so badly is because there's something wrong with it. Perhaps it's time to move on, and this story isn’t meant to be.

But I know this is untrue. 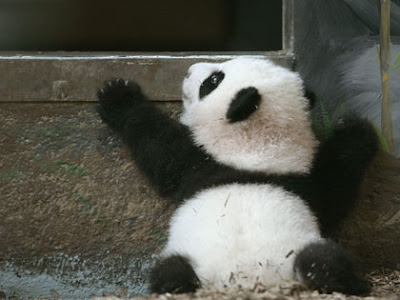 Anyone else want to rub the fuzzy panda butt?

For all of the horrible curses I've wished upon it, I love Second Novel. And I believe in it for the simple reason that I believe in these characters.

They fascinate me and torment me and push me. I want to know how they fit together and how they pull themselves apart. I want to know why they haven’t let me rest for the last EIGHT (gulp, yes) years. Why won’t they go away? What story are they really trying to tell?

I keep asking them questions, scribbling down their answers, and trying to make sense of it all. And I’m not there yet, but certain aspects are becoming clearer. I just have to keep moving forward. I have to remember that I don’t need all the answers yet.

Besides, I’m a firm believer that the equation for writing a book is simple: 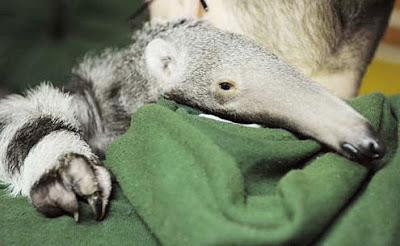 Of course, there are variables. But basically? Yeah. You sit for an ungodly number of hours, you work harder than you’ve EVER worked on ANYTHING before, and eventually it happens.

That’s how I finished Anna.

And that’s how I’ll finish Second Novel.
Posted by Stephanie Perkins @ 10:47 AM