Tonight at 9:00 ET, Masterpiece Theatre is starting the Greatest Thing Ever Aired On Television:

If I were a Yorkshire terrier, I'd totally be piddling the floor right now.

PBS is airing an adaptation of all six novels, plus a new movie called Miss Austen Regrets ("Courtship she knew well; only the last act eluded her. A film biography that dramatizes Jane Austen's lost loves."). Frankly, the Austen biopic sounds de-press-ing (I'd much, much, much rather see this), but it's all very exciting nonetheless.

Tonight they're showing the 2007 version of Persuasion. I'm especially excited because I've never seen an adaption of this novel before, nor one of next week's Northanger Abbey. Hurrah!

Here is the complete schedule:


Naturally, P&P is the Colin Firth version, which is As It Should Be. After all, it is the definitive Jane Austen adaptation.

While it's quite true that I love (and own) the Colin Firth version - and have seen it way too many times to be considered healthy - I prefer the Matthew Macfadyen version. Which I know admitting this in a JASNA conference would get me stoned, but there it is.

I prefer this wet Darcy: 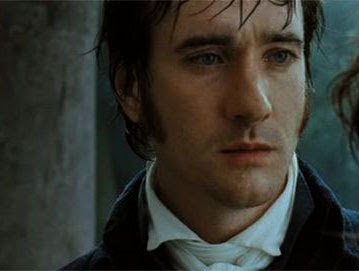 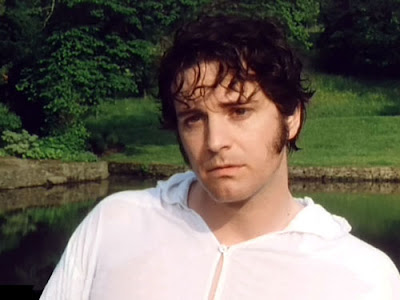 Ah hem. Well, now that I've managed to post TWO pictures of wet Mr. Darcy, I think it's safe to say this blog entry can get no better. So without further ado - on your mark, get set, TIVO!