Have you ever wondered, after viewing your Dodgeball rental, who would watch the trailer listed as a "special feature" right after watching the movie? I mean, deleted scenes, cast interviews, bloopers? Sure. But the trailer? I just saw the movie. I don't need to see the abridged version!

Well, I'm the reason they include that trailer on your DVD. Art house indie film or scatalogically-humored buddy flick, I want to see how it was represented in its trailer. I'll watch a good trailer over and over and over, studying it both before and after the movie's release.

The perfect movie trailer is a delicate blend of several elements. A good song is important. The images and dialogue need to be spliced together in a way that gives an idea of plot without giving away any surprises (especially the film's best jokes, nothing is more irritating). I also want a good look at the actors involved. Please don't make me guess who is in it! And the trailer must be of equal quality as the movie — not better, not worse. I don't want to watch a beautiful trailer, only to watch a less-than-beautiful film. Because, above all, a movie trailer needs to be as unique as the movie itself — visually, stylistically, and artistically.

I've been thinking about this today, because there are a few good trailers that have captured my attention: 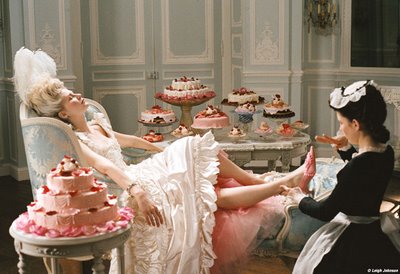 (The teaser trailer.) Sofia Coppola, Kirsten Dunst, Jason Schwartzman. WOW. The juxtaposition of modern music and Versailles is fantastic. And the costumes! The glorious costumes! Of course I want to see this movie. 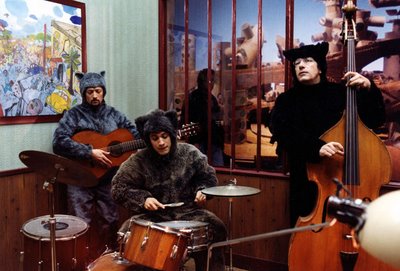 (2) The Science of Sleep

Gael García Bernal + Michael Gondry = match made in Stephanie heaven. (And I refer to Me Stephanie, as opposed to the characters in this film. Oh, happy coincidence!) What can I say? This is one hella cool-looking movie. And I don't use the word "hella" often. 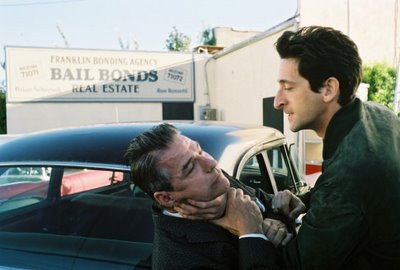 Not as artsy as the other two, but it surprised me. I hadn't heard anything about it when I saw the trailer a few weeks ago. Apparently, it's been in the works for several years but keeps getting shuffled around and pushed back, perhaps due to its non-flattering Hollywood content. But with the noir edginess, the Hollywood murder mystery, and a few actors I really admire (Adrien Brody and Diane Lane), I'm excited! I hope this gets good reviews.

And while I'm thinking about it, here are my three favorite trailers of all-time:


(1) Adaptation — This has honest-to-goodness made me cry it's so good. The music selection is perfect, the editing is perfect, and it has a beautiful crescendo and climax. It's an excellent representation of the film. It feels like the film, it sounds like the film, it has the irony of the film — and it stands as a work of art by itself. Gush gush gush. I just love it.

(2) Garden State — (The teaser trailer.) Another excellent music selection, which considering the success of the soundtrack, is accurately representative. When I first saw this trailer in the theater, I exploded into a million happy pieces. Director/actor/screenwriter Zach Braff has a unique cinematographic style, and the imagery here is thrilling. I was so sad to discover that the trailer isn't included on the DVD.

(3) Eternal Sunshine of the Spotless Mind — I think this particular trailer was a teaser, as well. I love writer Charlie Kaufman (who also penned Adaptation), and what I enjoy so much about this trailer is that it gives an intriguing glimpse into his screenplay. It has a great setup that leads into a strange array of images, and once again, it's set to an interesting song choice.


Talking about movie trailers makes me wish novels had them, too. The blurbs on the back cover can be so dull and uninformative. Wouldn't it be fantastic to instead have a tasteful image and tagline on the front (one super-fantastic review would be acceptable here, like on movie posters or DVD boxes), and then on the back have a sample of the actual story? That way, you'd get a sense of plot as well as a sense of how the novel actually reads.

Ooo, I wouldn't mind books having soundtracks either. But that's a story for another day.
Posted by Stephanie Perkins @ 11:26 AM 3 comments: