Five People I've Been Compared To

I'm told that I look like someone based on one thing alone: hair. Here are five people that I've been told I look like, in order from least-suggested to most-suggested:

Sadly, I haven't been compared to the Absolutely Adorable Anna Paquin of the movies, but a coworker once said that I looked like Rogue from X-Men (and pointed at a comic book to prove his point). I think it was this particular Rouge, but sadly I don't know the name of her illustrator. I thought it was cool being compared to a superhero. Plus, I like her stripes. 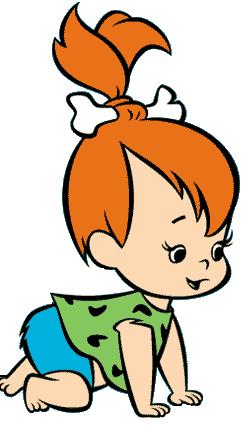 In middle school, I pulled back the front of my hair with an elastic every day. So I had this little POOF of something, right on the top of my head, which led to several Pebbles remarks. Once, I wore a little white rubber bone in my hair just for the heck of it. I kinda liked it. Pebbles had it goin' on. 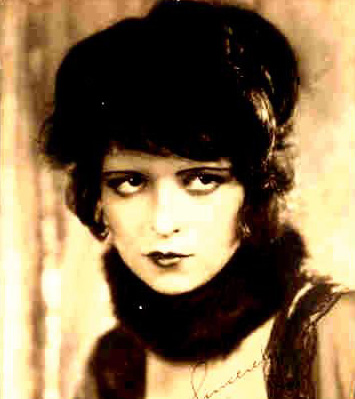 As a silent film fan, this one is exciting despite the fact that, no, I don't look like her. I wish I had It, but I can't say that I ever have. But she did have short red hair, and I do have her famous bow lips. 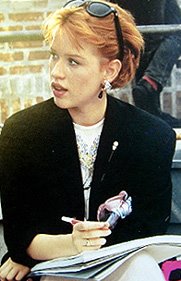 (2) Molly Ringwald in Pretty in Pink

My sister gets this one, too. I got it again just last week. In fact, I honestly cannot count how many people have said it — department store clerks, teachers, customers, friends, strangers on the street. I don't look like Molly either, but since she's the most famous short-haired redhead, she's the celebrity most people think of first. The strange thing is that it's rarely, "You look just like Molly Ringwald." It's always, "You look just like Molly Ringwald in Pretty in Pink."

So where's my bad prom dress? Where's Duckie? If I were Molly, I so would not have chosen Andrew McCarthy.

Grandmothers can't control themselves around me. Nearly every week, one mentions that their grandchild has My Exact Same Shade of Hair. Hmm, I say. No really, they reply. It's just like yours but a little lighter/darker/oranger. Which makes it not so just-like-mine, but okay. I understand wanting to talk about your grandchild.

However, I CAN'T STAND IT when people bring up the ex-girlfriend thing.

Enter strange man. "You know, I once dated a redhead . . ." Then they go off and tell me either one of two clichés: (1) She was a bitch or (2) She was a slut. And then they imply that, It's true what they say about redheads, meaning I'm either mean or sex-crazed.

Email ThisBlogThis!Share to TwitterShare to FacebookShare to Pinterest
Labels: Hair

Two looks I dig on both men & women: 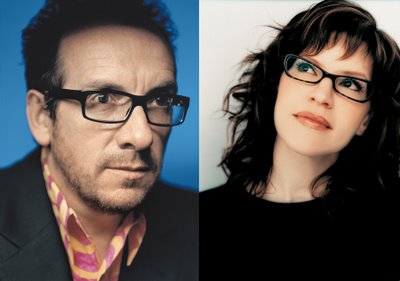 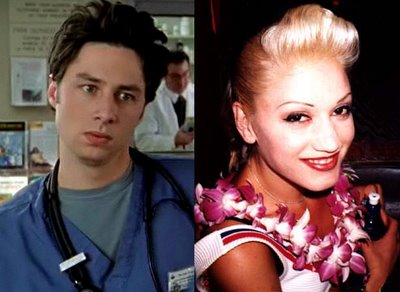 Two things I learned while putting this together:

(1) Tall hair pictures are hard to find. Poor Gwen. I liked her hair best in the drunk picture. And there's a sad, sad lack of Scrubs pictures online, so I had to settle for this so-so one. Where's the J.D. love? His hair rocks so much that he has a hairmet, for crying out loud.

(2) It always takes longer to post something than you think it will. I was supposed to get the laundry started two hours ago.
Posted by Stephanie Perkins @ 8:32 PM No comments:

Three Down, Three to Go 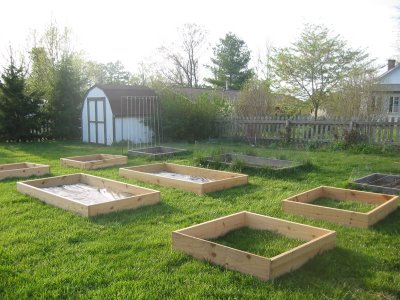 This picture is from April, but things aren't much better at the moment. So it doesn't really matter that I don't want to go outside and take a new picture. There are mosquitoes out there, people. Lots of them.

This is only my second year gardening. I grew up in Arizona — the land of yellow lawns and gravel raking. To say things are different in North Carolina would be a terrible, horrible, no good, very bad understatement.

I've spent the last few years reading from a towering stack of gardening books (beginning with, I am not ashamed to admit, Organic Gardening For Dummies) and making many mistakes. Like letting the grass grow into the former homeowner's beautiful Garden Tour perennial beds, and then letting said grass go to seed. Yes, my home used to be on the town's annual GARDEN TOUR. Talk about neighborhood peer pressure. Or how about that time that I didn't pick out those cute little seedlings, because they looked so promising, and then they turned out to be weeds taller than me? I never bothered to pick them, so they all dropped seeds, and now I have, literally, thousands of them.

I have noticed that the Garden Tour committee has not contacted me.

But I have a good reason for ignoring the flower beds. Veggies. I want veggies! Last year, my husband and I built three raised beds in the backyard. We made the mistake (shocking) of digging up the grass without killing any of it first. It took nearly two months to dig up the grass, fill them with new dirt (a mix of peat, vermiculite, and compost), and chicken wire them (to keep out hungry bunnies). We were thankful when it was over — Think how easy it will be NEXT year! we kept telling ourselves.

I started everything from seed — tomatoes, lettuce, carrots, peas, beans, zucchini, cucumbers, butternut squash, pumpkins, herbs, and bell peppers — but, of course, everything was planted late. Again, we said, that next year would be different. Things would make it into the garden on time for maximum veg.

I know! What was I thinking?

We didn't just double the veggie beds, we TRIPLED them. And even though we set down black plastic to help us kill the grass, we're still only halfway done. So here's a note to my future seed-buying self: Yeah, that cool new seed you've never tried to grow before? IT'S NOT WORTH IT. SAVE YOURSELF. SAVE YOURSELF!
Posted by Stephanie Perkins @ 3:29 PM 2 comments: